Over the past few years of demoing my 1:1 scale of The Motion Picture/Wrath of Khan Starship Enterprise in EVL's CAVE2(TM), I've been ask more than a few times "what about the Millennium Falcon?"

Arguably X-Wing Alliance remains one of my favorite games because you spend part of the game as a young pilot working in a family business where you get to fly a more stock version of the YT-1300.

When Star Wars Galaxies: Jump to Lightspeed came out in 2004, you bet the first piloting profession I would take would be neutral pilot (Character was from Corellia, so naturally CorSec Squadron) because the YT-1300 was one of the Master Pilot ships.


I've been tempted to write a post reflecting on SWG. Pulling these screenshots brought out a lot of memories. There was a forum post where player were discussing where their character's 'final resting place' would be. For my original character it was on his YT-1300. For my second (Jedi unlock) slot character which also was my final logout from Galaxies, it was the place I wandered aimlessly back in the day before vehicles and players had mapped the planets. Hoping for some clue to unlocking the mysteries of the Force (which ironically I do consider part of the downfall of SWG).

Anyway, so 2015 rolls around and I've just seen The Force Awakens. The first moment in the film that got cheers in the audience (I think the largest cheer of the night), was the reveal of the Millennium Falcon on Jakku. I'll admit I was close to tears and simultaneously wincing seeing the Falcon's engines powering up followed by dragging along the desert. Still felt the same way watching it the second time a week later in IMAX.

So after that second viewing, during winter break: 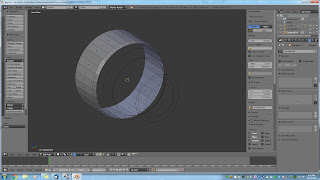 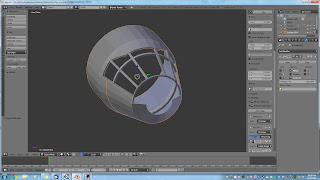 So like most of my previous modeling projects, there's plenty of screencaps, Google searches, blueprints, studio set diagrams, and other reference materials I'm using to build this.

Working on the cockpit panels was similar to the Enterprise bridge panels. however this time around I was modeling far more details where the Enterprise was more textured. Intention is to allow more flexibility when animating the lights in addition to just having more 3D meshes to see in CAVE2 (which Enterprise pre-dates).

More progress on the Falcon and That's No Moon Part 3 coming soon.
Posted by Arthur Nishimoto at 11:51 PM